Well, after a whole lot of soul-searching and consulting with the vet, professional, and other owner trainers, I decided that neutering Sagan was the best choice for us. I planned to wait until he was close to 2 years old but it was not to be. He was exhibiting behaviors that I did not want to become entrenched. Other dogs were noticing him and he became very activated every time he saw a dog even in the distance. We tried to train past these behaviors without success. I am well aware that Sagan’s work may not be as a guide dog but I felt that neutering him now will give us the best chance for success. He is currently recovering nicely from his surgery. 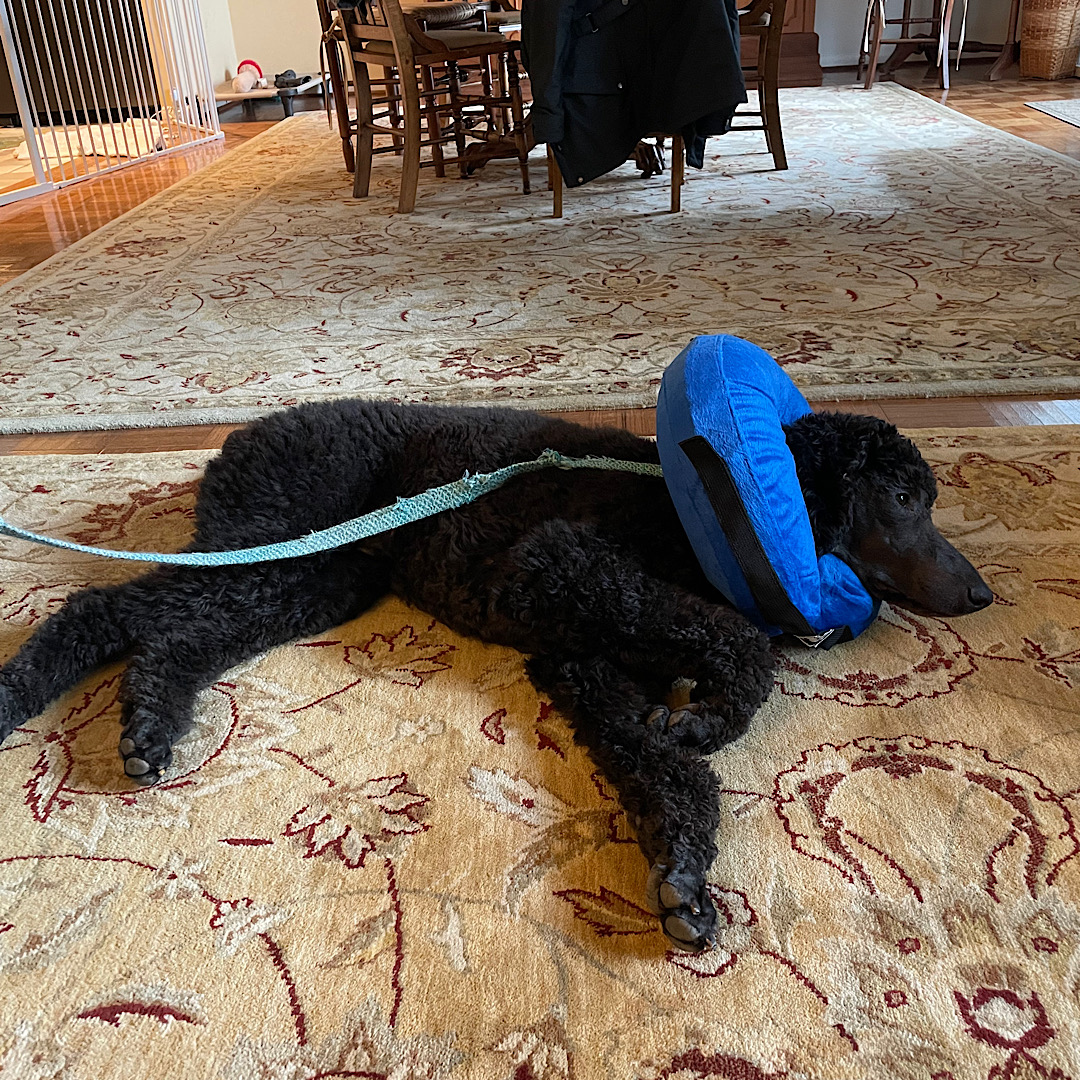 The picture above shows Sagan post-surgery laying on the living room floor. He is wearing his inflatable donut ring.

I am sure that most of you are familiar with the horrible plastic cone that is part of post-surgery care for dogs who are likely to chew at their incision. It is truly miserable for the dog and for us to watch. I researched other alternatives and came up with two. One is an inflatable doughnut that goes over their head and the other is a body suit that covers the wound. We are using both. Poodles have long noses which allows them to get around the doughnut if they are determined. Sagan was determined. We then located the Suitical, which is a body suit. It works great. It seems to keep him calm and he can’t get to the incision. We still use the doughnut at times when he isn’t trying to chew himself. I like to give him a break from the suit. The suit needs to be unsnapped when he urinates and we learned the hard way exactly how that needs to be done. We have had to wash the suit twice. I highly recommend the suit for dogs needing surgery. 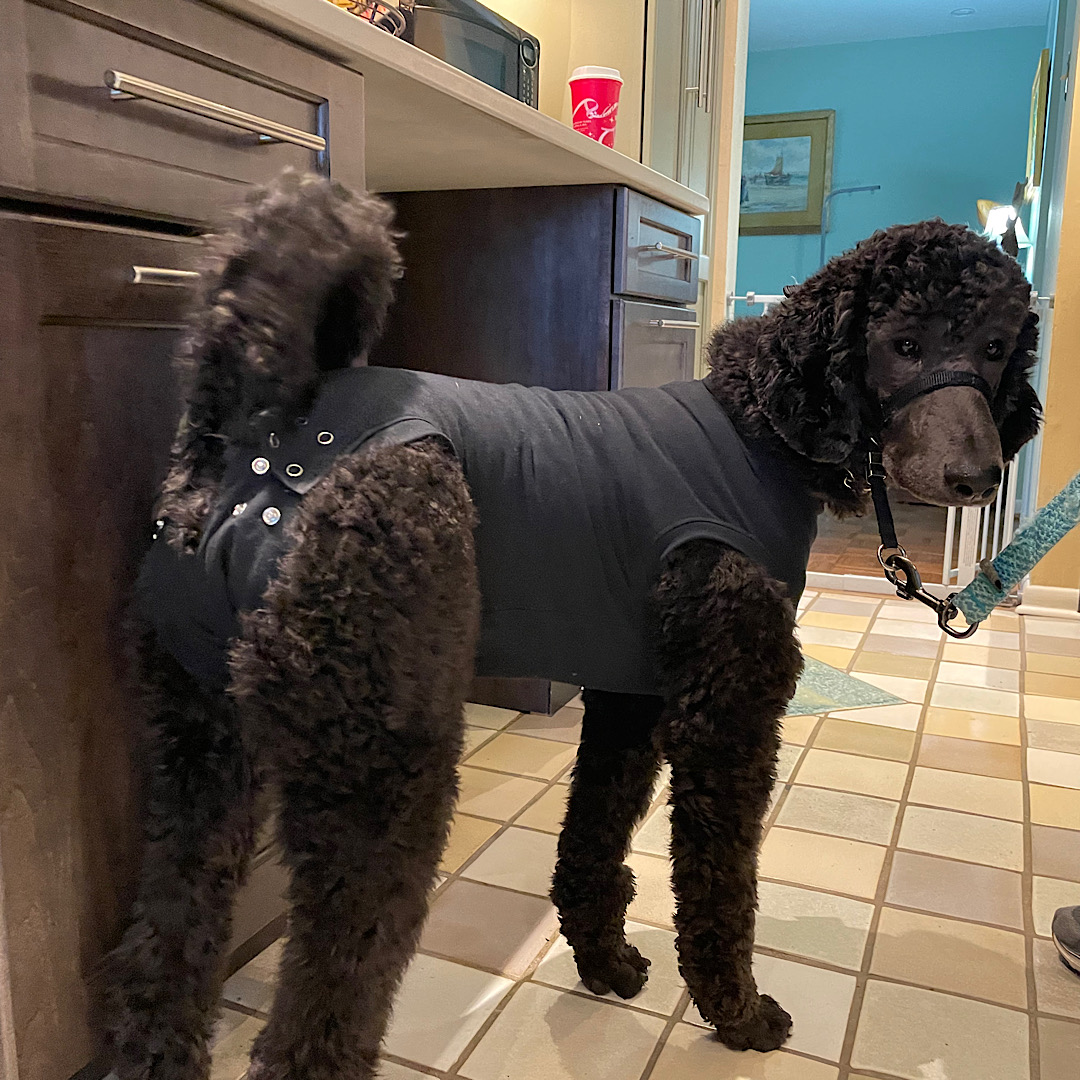 The 2 pictures above show Sagan standing in the kitchen wearing the Suitical bodysuit. It is a thin black material with snaps in the back.

The most challenging part of the whole thing is keeping him calm and quiet. The first day he was kind of groggy but after that, he was ready to run and jump. I have been keeping him busy as much as I can to keep his focus away from his wound and to keep him from wanting to zoom around the house. We are playing games with food and chew toys. I am looking forward to this phase being over. Keeping him calm for 2 weeks seems unlikely but I will do my best.

I confess that I considered not writing about my decision to have Sagan neutered so early. I know that there are strong opinions about neutering before 2 years old or even doing it at all. I was committed to waiting myself, but we don’t always get to do things the way we hope or plan. I did not want to get the lash back from those who think I made a bad decision. It felt out of integrity not to mention this hard decision because people need to know that raising and training a dog requires flexibility. I hope that my honesty will help others who might be in a similar situation. I will keep you posted as to the result. My greatest hope is that this will allow our training to continue with a calmer dog and that we will ultimately become the superior working team that I have imagined.